Before forming Red Lens Games in February 2012, Jared was the COO, CTO, and co-founder of Airtight Games where he built the independent developer from ground zero, reaching peak size at over 90 people across 3 teams. Jared directly oversaw the majority of the company’s operations including business development, IT, HR, finances, QA, product development, and of course company-wide technology. He has 14 shipped titles on the major consoles and PC, including Capcom’s Dark Void and Square Enix’s Quantum Conundrum, both original IPs created by Airtight where Jared played an instrumental role in creating and delivering those experiences. 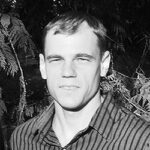 Chris is a veteran programmer of 12 years with that rare trait of having deep experience in both gameplay and core technology development. Coming most recently from Zipper Interactive, Chris was instrumental in shipping Socom 4 and M.A.G. on PS3 and Unit 13 for PS Vita. With tenures at Sierra, Cranky Pants, and WildTangent, Chris’ reputation for reliability, good decision making, and excellent teamwork precedes him.

Not talking about Kung Fu